Best E-Sport Tournaments in the World 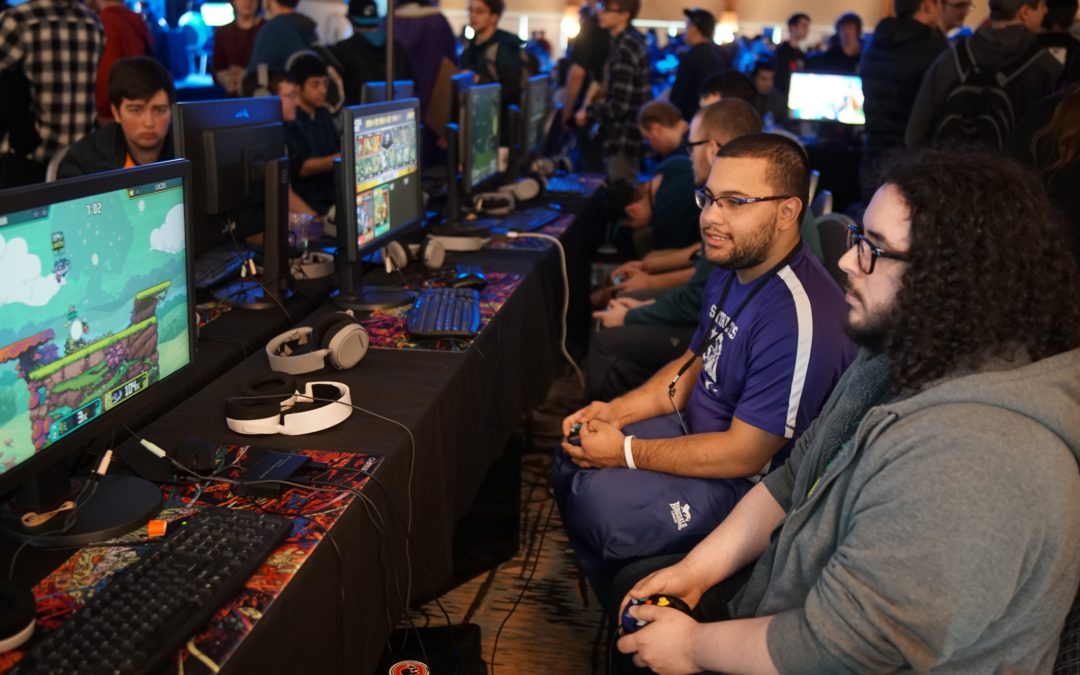 Gaming has always been a fun activity that people enjoy in their leisure. But recently, pro gamers are making millions by competing against each other in tournaments and live steaming their play on streaming sites. Last year, the esports industry witnessed considerable growth in their profits by hosting more than 4000 gaming tournaments and events.

The mainstream media has accepted esports as a potential investment option and recognized brands like Coca-Cola and Microsoft are willing to invest not only in the event but in players as well. The buzz around the e-sport industry has made people consider it a lucrative option for their profession.

Analysts, coaches, commentators, and many other professions are profiting from the e-sports hype.

What’s stopping you from testing your luck?

If you are interested in making the most out of your gaming skills, then try participating in the following E-sport tournaments:

Duelit is a gaming platform that promotes socializing and lets you earn money by playing games online. You can invite your friends and family to play and win cash. The concept is simple: Duelit hosts mini versions of popular games that you can play within one minute. The winner gets the money pot and the money can be cashed out through PayPal.

Now, let’s talk about how Duelit caters to the E-sport industry?

It hosts e-sport games and notifies you about the ongoing e-sport tournaments so you can compete with people who share the same gaming skills as you. The money you put at stake is your call since you know more about your gaming skills than anyone else.

Intel Extreme Masters has been around for almost 14 years, which makes it the longest-running e-sport tournament. They organize five gaming events every year in five different countries, namely; South Korea, Poland, the USA, Australia, and China.

The 2020 event of IEM held in Poland marks the largest attendance in a stadium for any e-sport tournament. Adding up the spectators present in the stadium, and viewers streaming online, the total number of audiences recorded was 46,173,000 million. These are huge numbers for something that’s happening in a virtual world and has no real-life credibility.

Betting is a significant part of e-sport tournaments; therefore, Intel Extreme Masters gaming prospects and choices are far better than any other organizer. They don’t believe in limiting your betting experience; hence their gaming choices and categories are more diverse and varied.

If you are a fan of trending games, then there are high chances of Intel Extreme Master hosting a tournament for your favorite game. In conclusion, IEM isn’t only a capable tournament host but an apt place for betters and bookies to try their luck!

DreamHack Masters comes around in August every year, where 16 best teams from around the world compete in a head to head battle to win the prize pot of 250 lacs. If you are familiar with the pro players of the field, then some names might help you to decide where to place your bets.

CSGO gambling is famous in the e-sport community, and if you are curious about how things work there, then DreamHack Masters is the most convenient way to try it. You won’t have to deal with complicated rules and regulations, and the limited number of teams will also facilitate your betting process. After all, the lesser the odds are in betting, the higher will be your chance of winning!

Dota 2 is a multiplayer battling game that was created almost a decade ago by the developers working at Valve. The creators launched The International in 2011 to hype their game and create excitement among the players and audience of their games.

The prize pot in 2011 for winning The International was 1.6 million US dollars that reached a whopping amount of 26 million US dollars in the past year. Players from all around the world can participate in the tournament without any discrimination of race, nationality, or religion.

For instance, a player from Sweden was the first winner of The Dota 2 International. Still, a team from China won the title of the tournament last year, proving the credibility of the tournament’s title. Players and fans of Dota 2 have high expectations for this year’s tournament because of the high stake’s bets and prize money.

The Pro Leagues is hosted by ESL that has been entertaining gamers around the world with their unique gaming concepts. They can be easily pegged as the largest provider of e-sports in the mainstream media because of their frequent releases.

The Pro League tournament lasts for nine weeks, during which teams from all over the world compete against each other for the prize pot of $1 million. The audience is excited to witness famous teams like Virtus. Pro and LOLC go against each other in the finals.

You don’t have to worry about ticketing since the organizers stream the tournament live on Youtube and Twitch. Live streaming has also made things easy for people who are interested in betting as the host allows you to not only bet on the results but accumulators and qualifiers as well.

If you are interested in betting on ESL Pro Leagues, then go to CSGO Betting Sites to test your luck!

Overwatch is among the most trending and streamed games in the e-sport community. The hype around the first installment of Overwatch hasn’t died down yet, and the developers have released the second installment of the game already. The Overwatch League lasts for 26 weeks, during which 20 teams from different countries fight with each other to win the prize pot of $5 million.

The League is opening its third season this year, which means fewer chances of anything going amiss during the tournament, just like it did in the past. Every team will have a fair and equal chance to try their hand at winning by utilizing their gaming skills and strategic intellect.

If you are interested in betting, then try your luck with either USA or South Korea as these two show up with the strongest teams every year. Playoffs allow you to judge the gaming skills of each team, which makes it easy to place a winning bet on the final.

Did we miss anything? Let us know in the comments!