Business Failures: Dark Side of the Moon 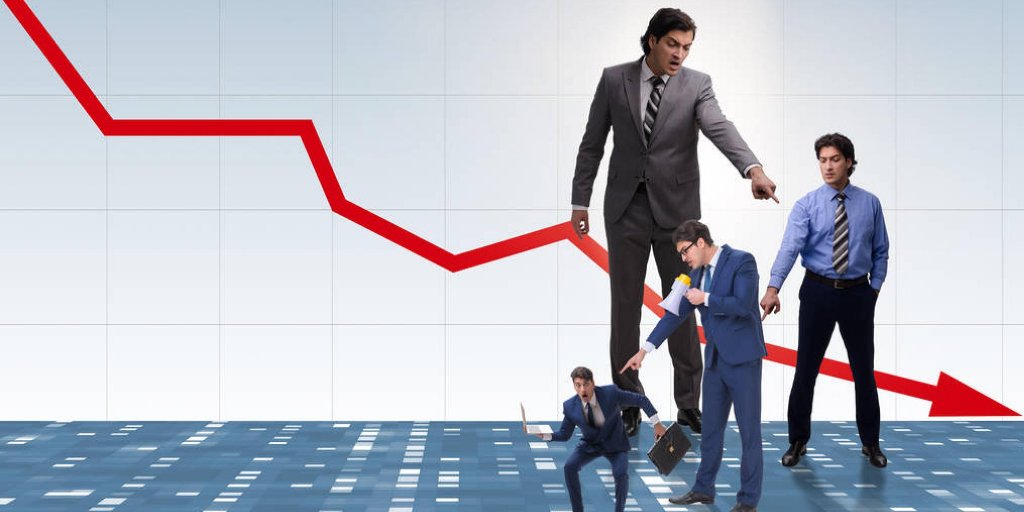 Many small businesses fail. Reasons for business failure can be attributed to a variety of factors, but the most common cause is lack of cash flow. Other common causes are poor marketing, inadequate capitalization, and underestimating the competition. Many business owners make critical mistakes that lead to their business’s demise. They may not have a clear vision or strategy for their business, they may not have the right tools or equipment, or they may not have the right people on their team. For every Facebook or Google, there are dozens of startups that never take off. So what can we learn from these failed businesses?

In today’s post, we will give examples of failed business ideas, so that you can assess your business ideas better and have a better understanding of what people need. We will also discuss why business ideas fail and how you can avoid some common pitfalls. The following businesses were all started with good intentions, but they ultimately failed.

In 2007, breakfast cola was created in an attempt to capitalize on the morning beverage market by Pepsi. The drink was a carbonated, caffeine-rich cola intended to be consumed with breakfast. However, the product failed to catch on with consumers and was pulled from shelves after just one year. Although the company made a valiant effort, its innovation simply wasn’t well-received by the public.

Kodak, one of the most iconic businesses in American history, failed to keep up with the digital age and filed for bankruptcy in 2012. At its peak, Kodak employed more than 145,000 people and was worth $28 billion. However, it was unable to develop innovative products that would allow it to compete with digital photography companies such as Canon and Nikon.

In the early 1990s, Frito-Lay introduced Wow! potato chips, which were fat-free and contained a compound called Olestra. Olestra has a laxative effect and therefore the product failed in a year. This was one of many business failures for Frito-Lay, which has been able to remain successful due to its other products. Source: “Frito-Lay’s Laxative Potato Chips,” Business Week, May 5, 1993. That’s why it is crucial to test your products before expanding your product market, especially when your product may have an adverse effect on consumers’ health.

It is no secret that the traditional movie business is in trouble. Between plummeting DVD sales, more people watching movies at home and online, and increased competition from cable TV and streaming services like Netflix, Hulu, and Amazon Prime, the industry has been struggling for years. In 2017 alone, several high-profile movie theater chains had a really hard time, including Carmike Cinemas, Regal Entertainment Group, and AMC Entertainment Holdings. What’s behind this trend? There are a number of factors at play. For one thing, consumers are spending less on movies overall. In 2016, the average American spent $8.38 on movie tickets, down from $8.93 in 2015 and $10.20 in 2002 (inflation-adjusted).

When Blockbuster first started to decline, in the late 2000s, its executives tried to reinvent themselves as a “Netflix for movies”. The problem with this idea is that Netflix has long since innovated and innovated again, and Blockbuster has failed to do so.

When Mike Momany started his homeless tours in 2013, he got a lot of press, including a write-up on CNN. For $2,000, customers got to spend a few days living like homeless people in downtown Los Angeles.  However, the business failed shortly after it launched and Momany was left with over $60,000 in debt. “It was the worst decision I ever made,” Momany said of the business venture. “I was young and didn’t have any experience in the business.” Despite the failure of his first business, Momany hasn’t given up on his dream of helping the homeless. He now runs a non-profit called A Voice for the Voiceless that provides meals and supplies to homeless people in downtown Los Angeles.

The Segway was a personal motorized scooter invented and brought to the market in 2001. It was designed with the intention of being a revolutionary transportation device, but it failed to catch on with the public and was ultimately a commercial failure. The Segway company was acquired in 2015.

Blackberry phones were once the most popular type of phone on the market. They were known for their durability, long battery life, and great features. However, with the release of the iPhone and other smartphones, Blackberry’s popularity has dwindled.

Toys “R” Us is a huge conglomerate that sells everything from toys to board games to video games. However, the company filed for bankruptcy in 2018 and failed to survive. More than 30,000 employees of the toy giant lost their jobs.

Polaroid was once a popular camera company with some great products, but it has been struggling for years now. In 2012, the company filed for bankruptcy and was bought by a couple of investors.

Follow Duelit, For their Precise Business Management and Innovation

In business, failure is often seen as a step in the right direction. But for some entrepreneurs, it can be their darkest side. Duelit is an exemplary company that shows how innovation and marketing play a huge role in success. They post regular posts on their website and they post on their social media accounts on a regular basis about their six well-known one-minute-long games and their skill gaming platform.