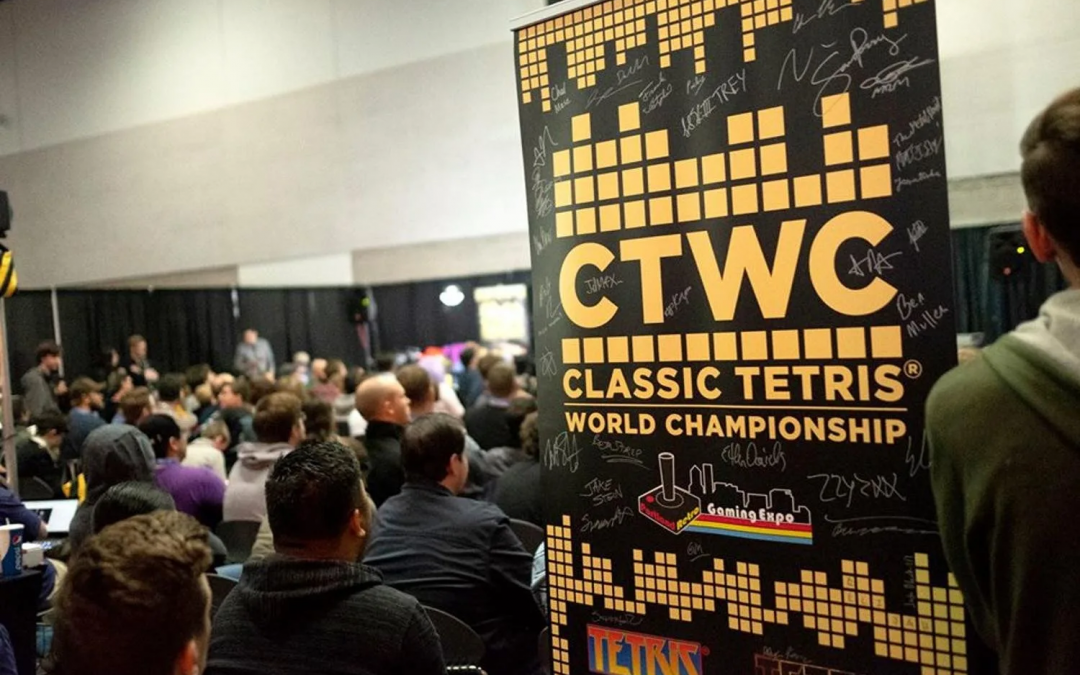 Video games are an easy and low-cost way to kill time. Parents even buy these games for their children as a diversion for them when they are bored. However, many parents are unaware that there is a great deal of competition behind the game, and that children can be exposed to intense competition with each other. Video games can be more than just a means of entertainment. These games can be the subject of competition, and a seemingly innocent pastime can turn into something much more. Usually, video games are designed to reward a child with points for completing a level or doing a certain task. But these games can also be used as an opportunity for people to challenge one another in a type of game of skill.

I believe that true passion ignites from the competition among players, this is the essence of building communities that leads to success stories. In this post, I will write about our competitive history in gaming.

In the late 1970s, an arcade game was created by Tomohiro Nishikado. It was called Space Invaders and it was a one-player game. This video game was a big part of arcade culture and it was the first video game to have more than one level. It was important to this game because it caused the birth of many other games. People played Space Invaders in their free time because there were not any other games out that had this many levels. Some people say that this was the last great video game of the 1970s and the last good game for a while. This video game was also one of the first video games to have an ending.

It is a simple game compared to today’s technology, but it was a huge hit in its time. You basically pilot a laser cannon to battle aliens coming above. The speed increases as you progress. The first gaming tournament was organized with Space Invaders in 1980. It can be considered the first esports event. The game became an international hit. It is considered addictive by local councils and due to similar complaints of Space Invaders’ players, doctors identify such cases by Space Invaders’ elbow/wrist. The video gaming technology found a chance to evolve with such attraction.

The Nintendo World Championships was a competition for the Nintendo video game system, the NES. This tournament was the premier event in America for the Nintendo Entertainment System, and the games were much more challenging than regular games. Anyone who won the National Finals in 1989 was awarded a $10,000 scholarship. This tournament was held in 1990 and 1991, and was open to those who have won at least one of the regional qualifying events in America, from a total of 16 spots. The regional qualifying events were from major cities across America, and the winners from each city were invited to the regional finals. The regional finals tournaments were one-on-one matchups, with each participant playing each game twice.

Although the last Nintendo Tournament was held 31 years ago, earlier this year, Nintendo announced that there would be a new contest for its newest console, the Nintendo Switch, in the form of the new Nintendo World Championships. This contest is being held in 10 cities in North America and will take place on November 10th and 11th. This event will be a celebration of Nintendo history and a chance for gamers to test their skills against other players.

Tetris is a very addictive and fun game that has been made for over 30 years. This game is one of the most popular video games of all time. Tetris was invented in 1984 in Russia by a man named Alexey Pajitnov. It’s a simple but very challenging game where players manipulate the shapes of Tetriminos (7 pieces) so that the lines are filled in and the blocks don’t spill out of the bottom of the game screen. In this game, the goal is to get a row of these blocks to reach the top of the screen- this is called “Tetris”.

Playing Tetris for an extended amount of time can be tedious and repetitive. However, if you’re one of those people who enjoy playing Tetris and want to take it to the next step, consider joining a Tetris tournament. This March, local tournaments will be held in many major cities across the United States. For those who are not fans of Tetris, know that these tournaments are not just crowded affairs with people sitting in small cubicles staring at their screens. There are Tetris enthusiasts in arenas like the LA Convention Center, competing on big projection screens. The atmosphere is one of camaraderie and competitiveness.

The Classic Tetris World Championship is an international championship created by the Tetris Company. The championship began in 2016 and is currently going on. Players from around the world have come together in Portland, Oregon for a chance to be crowned the world champion. The tournament began on Thursday, April 20, 201 Players from 30 different countries participated in the tournament. The first day of matches was a knockout round. The winners of the 16-player play-in round are eligible to continue on in the tournament. The losers of the round were eliminated. The winners of the matches were paired up for the quarter-final round. The tournament consists of 4 rounds with each round being a best of 3 series.

Duelit, a New Era of Competition!

A new competitive community is building up with an aim to allow the competitors to win a considerable amount of dollars by only betting their pocket money with this new online gaming platform. It’s a mobile platform called Duelit where you can enter a competition and play against others. Your competitors’ game sequence is exactly like yours, so there is no room for chance. If you are confident and competitive, this community awaits you.