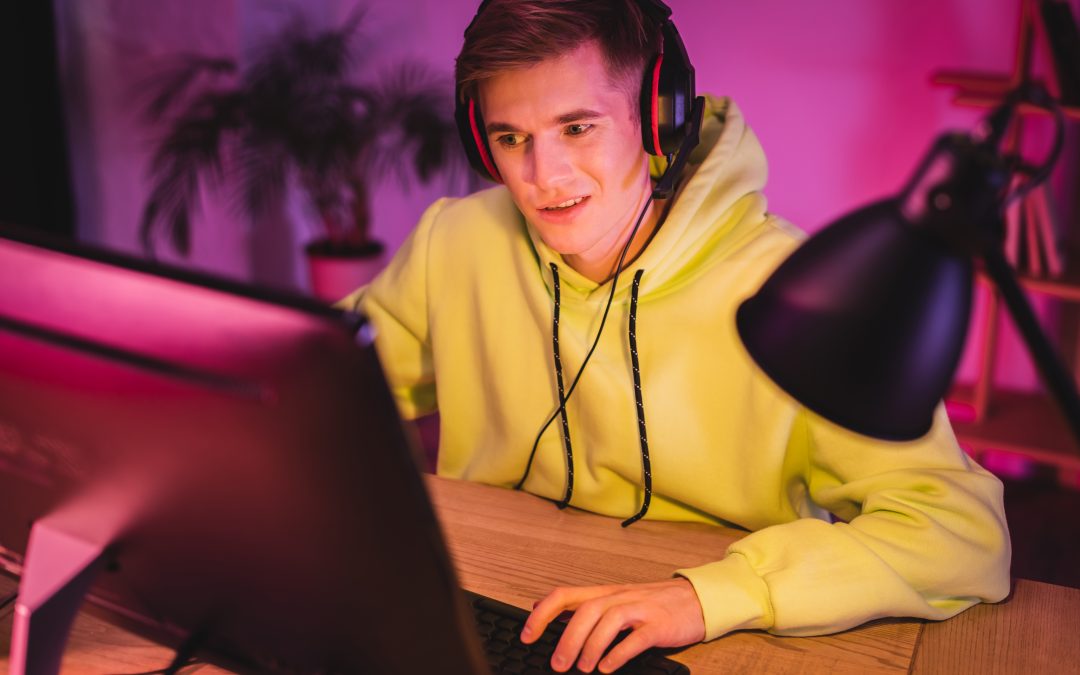 The history of competitive video games spans over 40 years, with early tournaments taking place in the late 1970s.

The popularity of e-sports has seen significant growth in recent years, particularly within the younger population. Many people see it as a viable career path for their future.

It is not unusual to see gamers walking out onto the stage wearing jerseys. Each team has its team logos and colors, surrounded by cheering fans.

It’s no surprise that e-sports are starting to get more attention from corporations. Major companies like Coca-Cola, Red Bull, and Audi are actively investing in eSports teams and players.

Those companies organize various e-sports leagues. They often contain prizes and salaries paid out to contestants, players, and teams. Nowadays, people can watch video game competitions in all forms of media.

Below you can get information on the latest news in E-sports.

Partnership between Mission Control and University of Kentucky

Mission Control, a recreational e-sports league startup announced a strategic partnership with the University of Kentucky in September.

The University of Kentucky has been an enthusiastic supporter of Mission Control since its launch in early 2018. The university will provide the co-working space for teams to practice and compete throughout their time in Lexington.

Mission Control, founded by two Kentucky natives, is an e-sports league that brings together the best gamers in the world to play games for fun.

Mission Control is a student-focused company that provides esports activities for elementary, middle, and high school students. They are now providing support to the University of Kentucky with their esports program.

The University of Kentucky has more than 7,000 undergraduate students and more than 500 graduate students on campus. It is one of the top 50 public universities in the United States. The university has many different programs, including engineering, sciences, business administration, education, and law.

The Mission Control team is making it possible for this university to host their own e-sports program with help from their experienced staff members; they are providing strategies and help execute the program successfully.

Cloud9, an American e-sports company, has contracted Dusty, an Icelandic e-sports organization, to be its exclusive League of Legends partner.

Cloud9 is a North American e-sports organization that currently has teams in the following games: Dota 2, Counter-Strike: Global Offensive, Call of Duty, and Paladins. Cloud9’s most notable League of Legends player is Greyson “golden glue” Gilmer.

Dusty is a professional electronic sports organization based in Iceland that currently has teams in the following games: CS:GO, Rocket League, and Hearthstone.

This is not the first time that the League of Legends World Championship will be held in Iceland. The previous one was held in 2016.

The decision to hold this year’s League of Legends world championship in Reykjavik, Iceland is due to the fact that this country has become a stronghold for e-sports.

FaZe Clan is a North American organization that competes in computer games and has announced a partnership with DC Comics.

The partnership will see the two brands work together to create a comic book series about the pro-gaming team, as well as build a narrative around pro-gaming within the DC Universe. Veteran comic writers Jimmy Palmiotti and Justin Gray will supervise this project. Both have worked on Batman and Superman titles. They are also both writing for Marvel Comics.

Since the beginning of 2017, FaZe Clan has been collaborating with a number of content creators in the e-sports community. The plan is to release a limited edition comic book. This is the first time that FaZe Clan is producing a comic book with outside contributors.

Claire Hungate is the New President of Team Liquid.

Team Liquid is a premier esports team and entertainment organization, with a winning history across more than ten titles.

Claire Hungate worked for Team Liquid for the past year. She will be taking on the role of president alongside her current duties, to focus on the company’s future.

Hungate has a background in media and marketing. Her last role was at Facebook where she worked to research and identify new ways to engage audiences on their ad platform.

Her experience will be pivotal for Team Liquid as they continue to grow in power. The company is currently working on developing its future strategy, which Hungate will be heavily involved in.

Hungate will oversee the company’s global strategy, as well as its profit-and-loss and operations.

Additionally, he will be responsible for Liquid’s global expansion efforts.

In her new role, Hungate will work closely with the founders to lead the company.

E-sports is a fast-growing market that is ever-expanding in popularity and social relevance. E-sports are projected to generate $905 million in revenue by 2020, with over 200 million viewers worldwide by 2020.

The Olympic Council of Asia (OCA) has announced which e-sports titles have been selected for the 2022 Asian Games in Hangzhou. These games are an important sporting event for the continent.

The OCA has also recently partnered with Alisports to increase its global reach.

If You’re Not A Professional E-sports Player, Try Duelit!

Duelit is a popular mobile gaming app where you can actually earn money. Even if you are not a professional player! You can practice and hone your skills, or directly jump to tournaments and challenges with friends. There are six different popular game options!